100% of donations go towards helping people impacted by the war

Hungry For Life International (HFL) facilitates direct engagement between churches and groups in Canada with global communities to address needless suffering. HFL has worked in Ukraine since 2004, helping groups engage in compassionate projects such as widow and orphan care, food programs, social assistance, and building projects. Hungry For Life's projects are primarily located in the central-east of the country, in the areas of Nikopol, Poltava, and Mariupol. Additionally, two HFL staff members, Chad and Mary Martz, have been living in the western area of Zakarpattia for the past year, strategically close to the bordering countries of Slovakia, Hungary and Romania.

On February 24, Russia invaded Ukraine by land, sea, and air, in an attempt to overthrow the Ukrainian government and take control of the country. These attacks came from the north, east and south, where Russia has the easiest access. Many of HFL's project partners and beneficiaries are affected and seeking safety by traveling west toward Zakarpattia.

HFL Staff members Chad and Mary Martz have been leading a local team of volunteers in the west of Ukraine, near the Hungarian border, providing:

These are regular people, who just weeks ago were going about their lives like us in Canada. Now they have witnessed horrific things, from shrapnel blowing through the windows of their homes, to seeing violence and hearing explosions all around them.

They have found people on the side of the road, with no idea where to go or what to do, completely traumatized and having not eaten for over a week. Some spent days in windowless bomb shelters or subway tunnels before escaping to relative safety.

Food and supplies into the war zone

Hungry For Life is obtaining as many supplies as possible and dsitrubting it all over the country where people have run out. Warehouse space has been secured in the west and central part of Ukraine so food and supplies can reach the distribution points.

Drivers are risking their lives to deliver food and other basic necessities.

Despite the generosity of our donors, the need keeps on growing every day and at times the vehicles can only be filled up 3/4 full before they are sent back into conflict zones.

HFL's projects have primarily been in the east. Our staff and team are in the west. Refugees have arrived and continue to flood in where our staff are supporting small centers with basic necessities.

Through our vast network of local partners, Hungry For Life has built and is expanding a team in western Ukraine which is receiving and caring for thousands of refugees coming from the east and the capital city of Kyiv. The initial response phase was to provide basic necessities for more than 2,000 people by purchasing food, mattresses, bedding and hygiene products, among other basic necessities. Ten churches in the Zakarpattia region have volunteered to become refugee centres, each able to host 100 people. Additionally, a church in central Ukraine hosted roughly 200 refugees per day.

In this initial phase, food and supplies were urgently needed before stores ran out, so the majority were sourced from local supermarkets/stores.

Our next phase included securing local warehousing in western Ukraine as a distribution for both refugees that fled to the west as well as affected people in the conflict areas in the east. Additionally, a warehouse was secured in central Ukraine, and an efficient distribution network established to transport food and basic necessities to over 25 distribution points within the country. HFL staff members Chad and Mary Martz continued to source and purchase food locally while it was still available, as well as work with various partners in neighbouring EU countries to begin receiving material aid shipments into the country.

Over 200 tonnes of food and basic essentials were purchased directly from wholesalers and distributed to areas further east with access to communities that are rapidly running out of food and supplies. This accounts for over 120 trips to 30 different communities!

As we continue to increase our response to the crisis in Ukraine, we also plan to increase the number of distribution points for food and basic necessities, as well as ramp up the amount of food purchased directly from local factories.

Refugees in both the central and western region continue to be provided shelter, food and basic necessities as the conflict continues. We are looking at more suitable, longer-term options for housing refugees.

This phase also includes purchasing a large supply of fuel to support the transportation network of trucks distributing food and supplies each day.

We currently have two large warehouses in Ukraine: one near the Hungarian border and one more centrally located.

HFL’s volunteer operations manager is an experienced logistics manager. He has arranged for an additional nine large distribution centers. These are located close to active conflict areas and recently liberated areas. Each is managed by trusted people that he knows personally. By pushing food further into areas of need, we can feed more people faster. The local delivery volunteers drive much shorter distances and multiply the number of deliveries they make to hungry families.

Ukrainian farmers are expected to produce at least 70% of what they did last year, despite the war. This is enough to feed the entire country, and still have some left over to export. Potatoes from the 2021 crop will be available until late May, after which time we will supplement with grains, pasta and wheat flour until the new crop is harvested in August. Some produce is grown year-round in greenhouses, including many staples of the healthy Ukrainian diet: cabbage, beets, carrots, onions and garlic. HFL has been able to go direct to producers and factories to purchase food at very low prices. HFL has the capacity to receive a great deal of food and supplies from outside Ukraine and distribute it throughout the country.

HFL will continue to provide food, hygiene supplies, clothing and basic necessities to people who have been displaced by the war. There is no vacancy in the safe, western regions of Ukraine so we are helping to increase the supply of longer-term housing by funding some very basic renovations.

Thanks to our extensive network throughout the country, we hear directly from pastors and local leaders who are identifying the needs specific to their region or community. HFL is able to customize our support accordingly: baby food and diapers, supplies specific to the elderly, certain types of food that aren’t otherwise available, or clothing to people whose homes were looted by invading forces.

Every dollar raised goes directly to helping those impacted by the war — we don't have any hidden admin fees or percentages. Learn more about how our funding works. 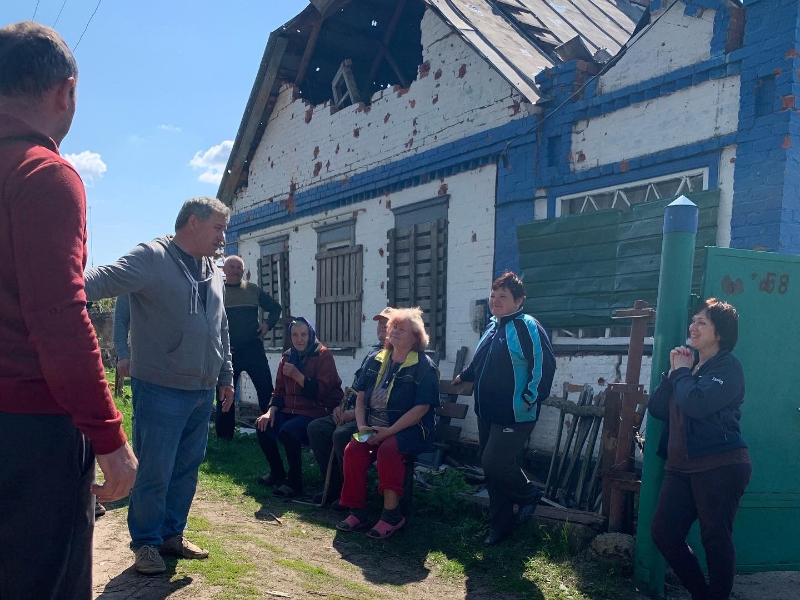 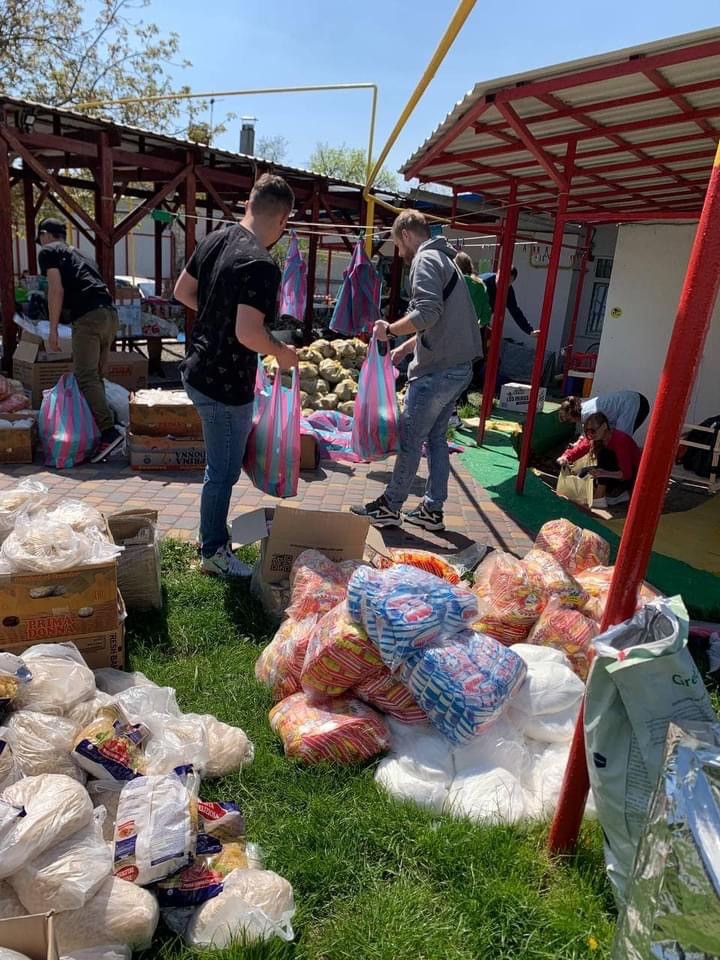 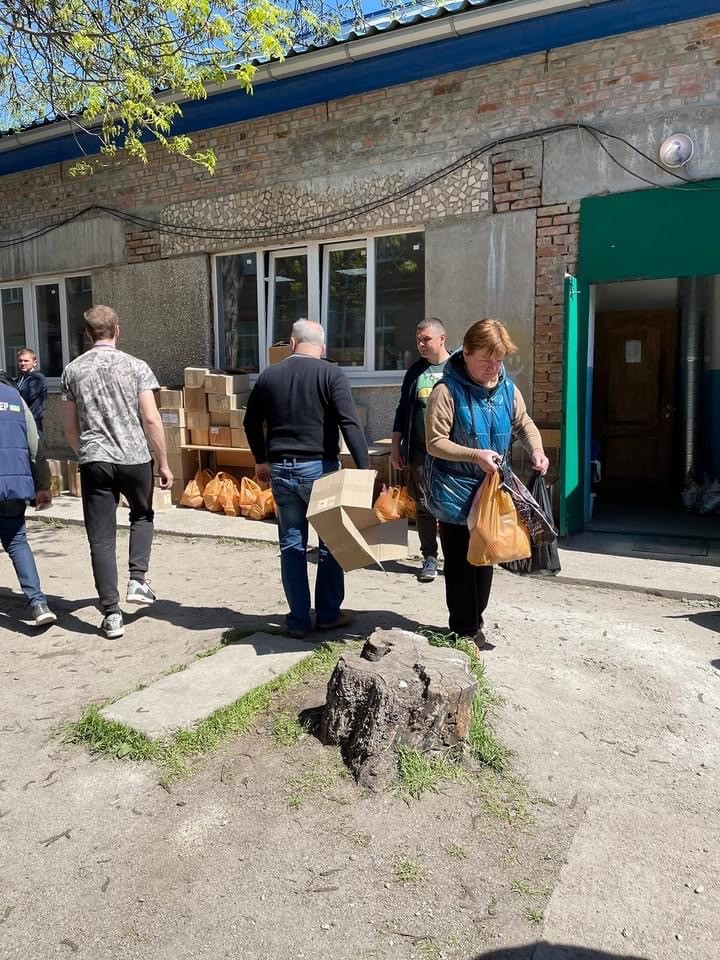 HFL continues to provide food and supplies into conflict and liberated zones across Ukraine.

The ever-changing situation in Ukraine requires creative ways to continue the supply lines throughout the country. HFL is continually working through issues such as fuel shortages, lack of jobs, additional refugees fleeing war zones, and increased costs for staple items.

In addition, HFL continues to address the needs of refugees living in western Ukraine.

Over 500 deliveries supplying 750 tonnes (to date) of food and supplies and of course encouragement to keep going despite all that has and continues to happen to those affected by the war.

Check out this video of the courage and resiliency of those who continue to stay, so that food can be brought to those who need it so desperately. 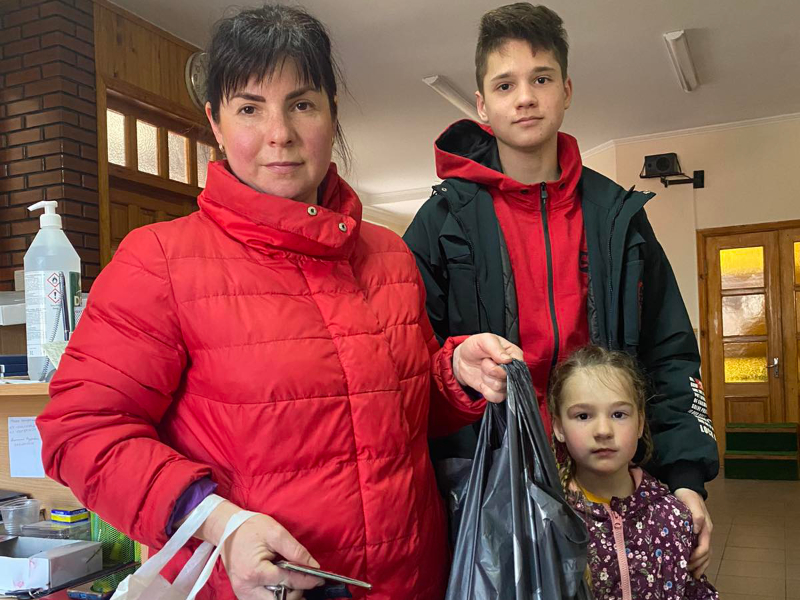 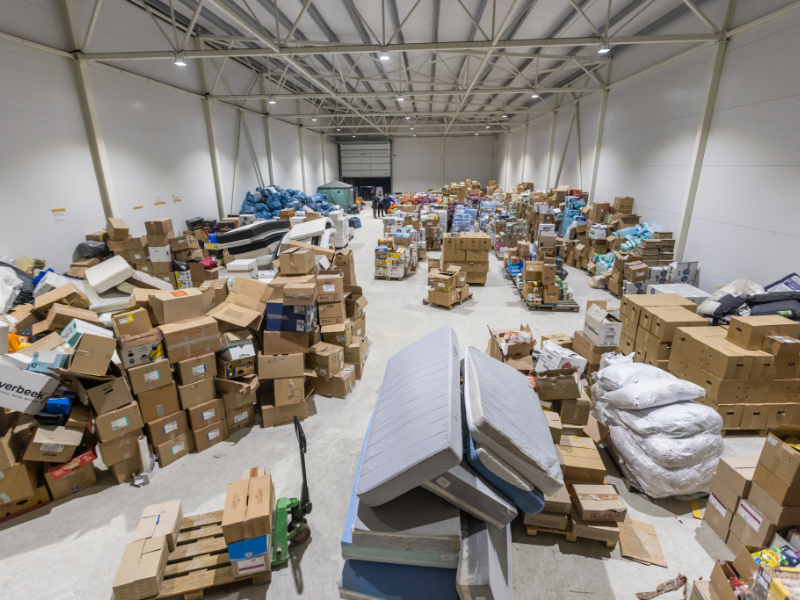 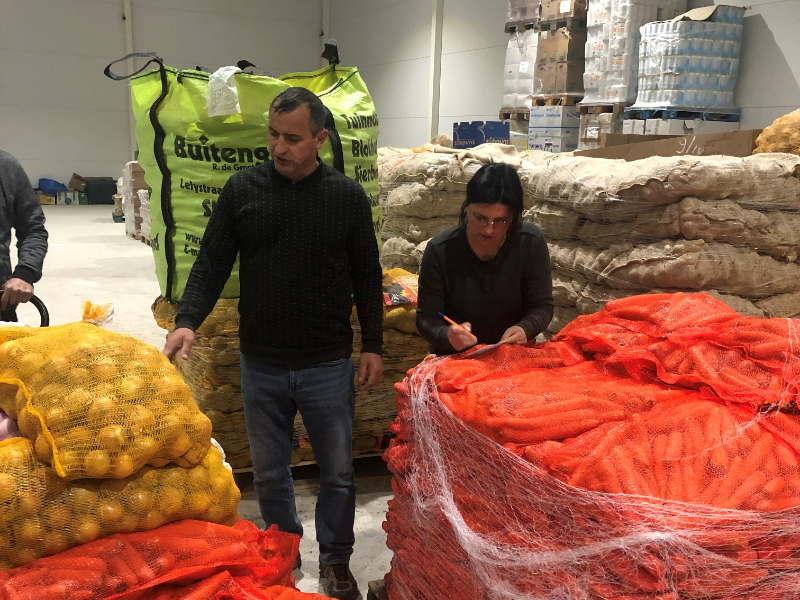 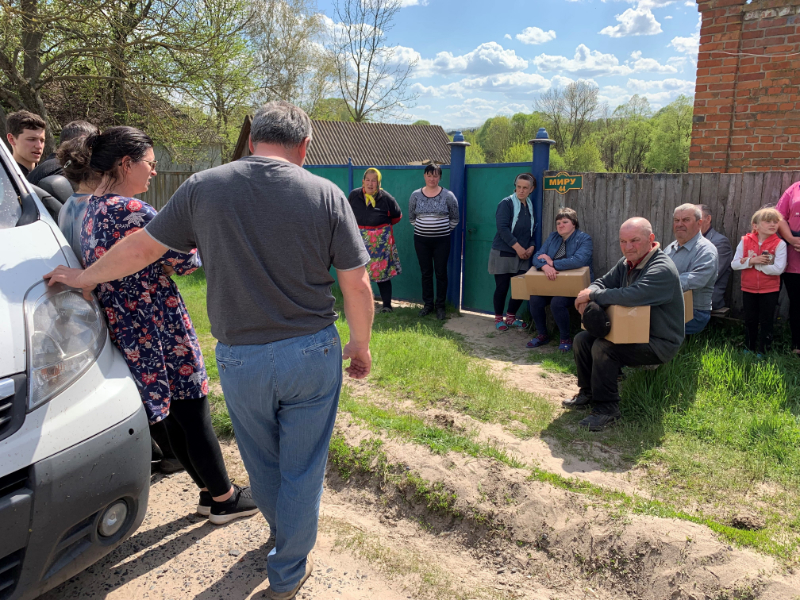 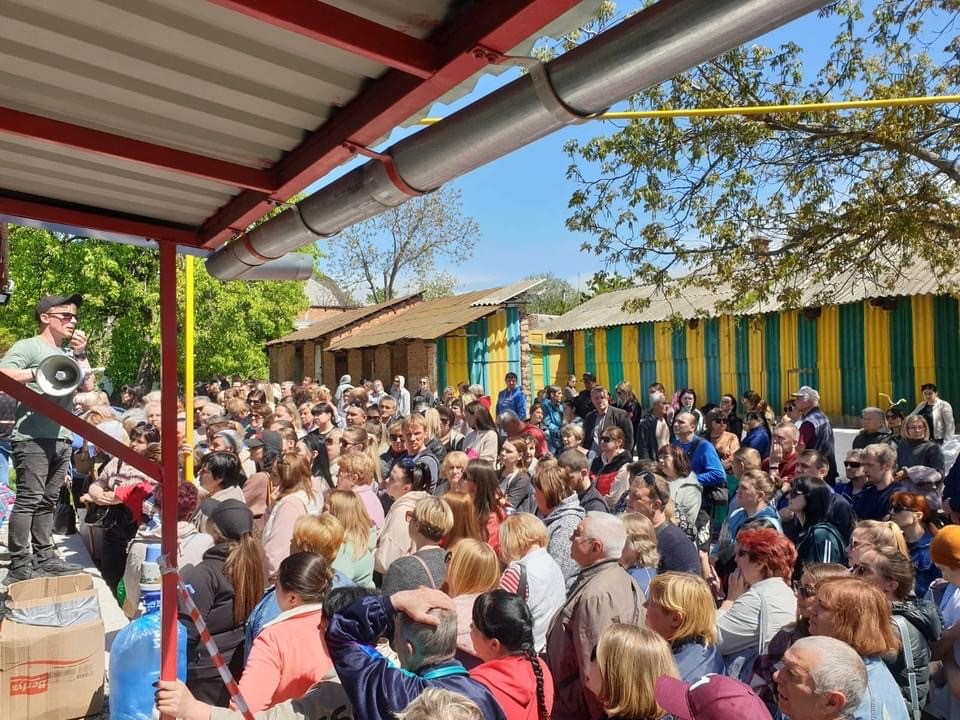 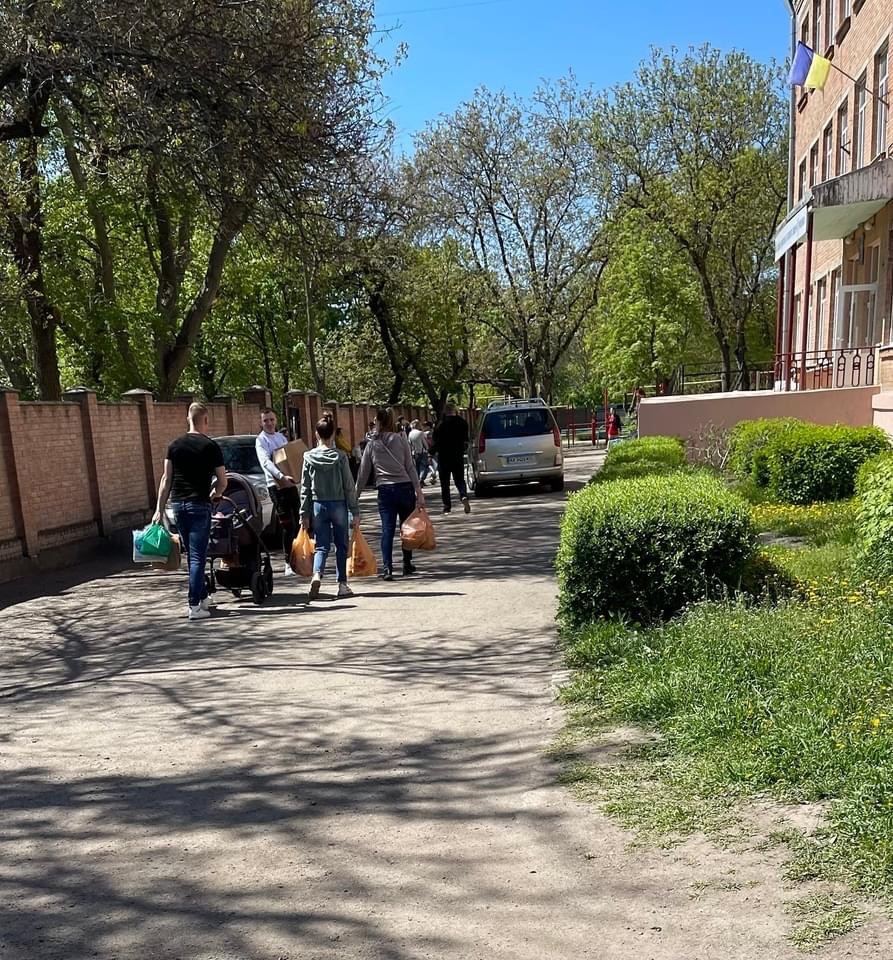