Whichever of you has never sinned... 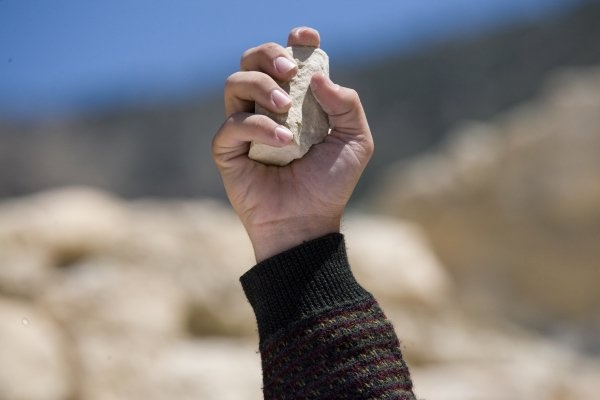 "At dawn he appeared again in the temple courts, where all the people gathered around him, and he sat down to teach them. The teachers of the law and the Pharisees brought in a woman caught in adultery. They made her stand before the group and said to Jesus, “Teacher, this woman was caught in the act of adultery. In the Law Moses commanded us to stone such women. Now what do you say?” They were using this question as a trap, in order to have a basis for accusing him. But Jesus bent down and started to write on the ground with his finger. When they kept on questioning him, he straightened up and said to them, “Let any one of you who is without sin be the first to throw a stone at her.” Again he stooped down and wrote on the ground. At this, those who heard began to go away one at a time, the older ones first, until only Jesus was left, with the woman still standing there. Jesus straightened up and asked her, “Woman, where are they? Has no one condemned you?” “No one, sir,” she said. “Then neither do I condemn you,” Jesus declared. “Go now and leave your life of sin.” - John 8:2-11 (NIV)

The religious leaders, quoting Old Testament, said she needed to die. (Their motive was to use this woman to make a religious point and ratchet up their game to invalidate Jesus.) They had religious rules to back them up. They were covered because the "law" was on their side. They were perfectly religiously justified in their actions toward this woman.

They haul her out in front of the people to embarrass her for her sin... because she had it coming. They throw her in front of Jesus to try and put him in this conflict of two values. The value for the individual and the value to uphold the rules. Which would he pick?

In the face of the obvious evidence of her sin and an even pre-described punishment, He chose grace.

But then He made real the issue about those casting judgement.  "Whichever of you has never sinned, go ahead and throw the first stone." One by one the stones fell to the floor. The oldest of the leaders dropped their stones first. (I presume that they had the wisdom to see His point first.)

Did he condone her sin by releasing the consequences? Not at all. He addressed her sin and told her to stop it.

Making people feel even worse for their sin is a terrible motivator to lead them to stop and those who do, hold stones in their hands. Grace and relationship on the other-hand, draws people toward Jesus and toward right living.

After reading John 8, I love Jesus even more. And then, I am even more passionate that followers of Jesus should show the same grace to those who sin and possess the same fierce confrontation to legalistic religion.