Pain we feel today will be our strength for tomorrow 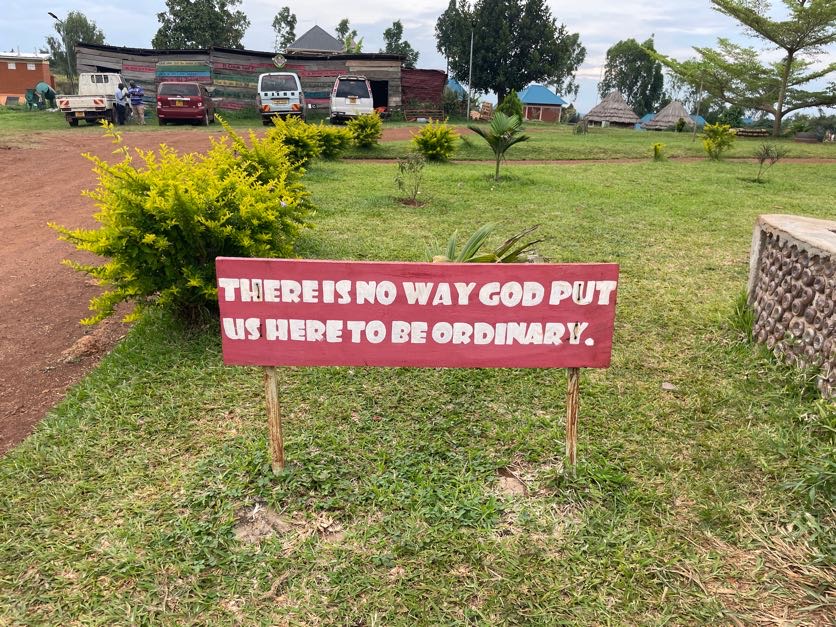 Wow, what a day we had. Filled with such a variety of experiences…some planned and some unexpected blessings. Last night Patrick visited and asked if Barbara could speak about HIV/AIDS to about 40 + patients who had been waiting for hours for the Saturday Health clinic held at Peach Portal. Her gentle approach to a topic that comes with so much stigma was well received and helpful.

Pastor Michael asked if we could give a food hamper, soap and some comfort items to a single mother of 5 who had come to the clinic that morning for help. It was heartwarming to see the smiles on her sons face when we gave them bubbles and a soccer ball in addition to food. One of her sons has a reoccurring osteomyelitis on one of his arms. The surgery that would correct this problem is under $500 but for a mother with no money, it is unlikely to happen some of us are going to pay for his surgery.

We mentioned to Pastor Michael that we had some soccer shirts that we would like to donate to Heritage school…no sooner said…..22 young men were bussed in to receive the shirts, have a photo and start a game with the biggest smiles. And not to be outdone, we gave red Pinnies to the girls netball team.
Then into the bus for the trip to Gejja foundation. 4 years ago, when we visited SINA, we met Majo who told us about her dream to open a womens health foundation. Today, we visited her fully functioning operation. Gejja means “Grow Big”. They produce a variety of fruit and vegetables, rabbits, cocoa seeds and safe girl reusable menstrual pads. So amazing what they have accomplished and she is employing 22 young women who are being give a chance in life. We enjoyed a morning/afternoon filled with games, making pads and eating delicious food. She has plans for medical clinic, computer lab and guest cottages.

The team had put on the wish list to visit women in prison. We were uncertain if we would be able to enter, but the warden said ok and we were able to have a short time with 18 women (some of whom looked far too young). Most had been put in for fraud but one of the women told us that she had been charged with playing her music too loud during COVID lockdown. She had been in prison for 1 1/2years. They asked for prayers for release so they could return home to their families.
We all piled back into the bus and up the mountain to SINA. (Social Innovation Academy). We were told about the history of this institution that trains young people on how to plan, implement and succeed at business. We met Sarah who is researching how to help elderly in the community who do not have family supporting them. The government pension that they receive is $25,000 UGX a month which is the equivelant of only 25c a day. This is the extreme of poverty.

So it was a day filled with highs and lows. We felt the joy of giving, followed by despair of the sad circumstances we heard and saw today. And both Gejja and SINA fed us far too much which is hard in the midst of poverty. 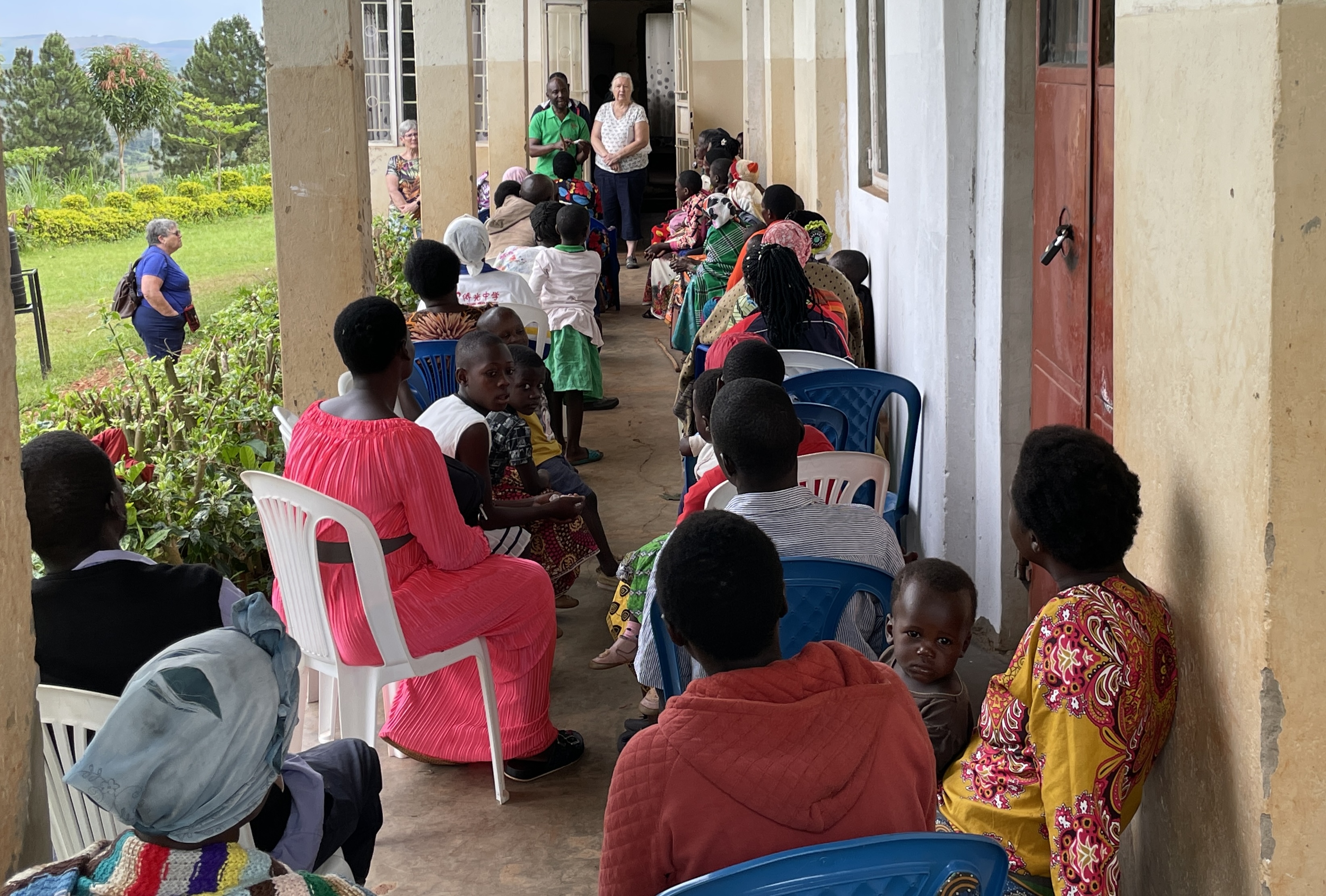 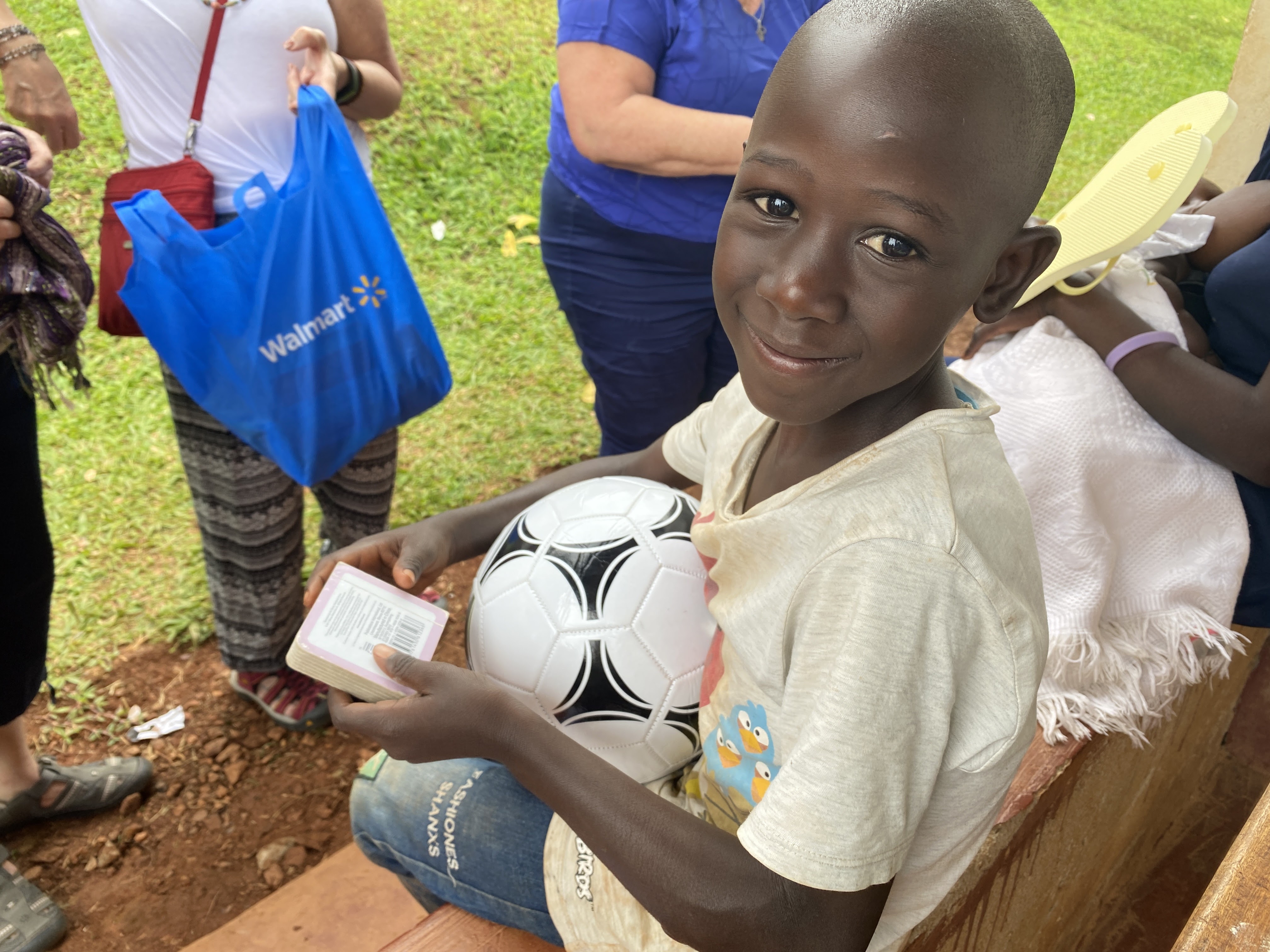 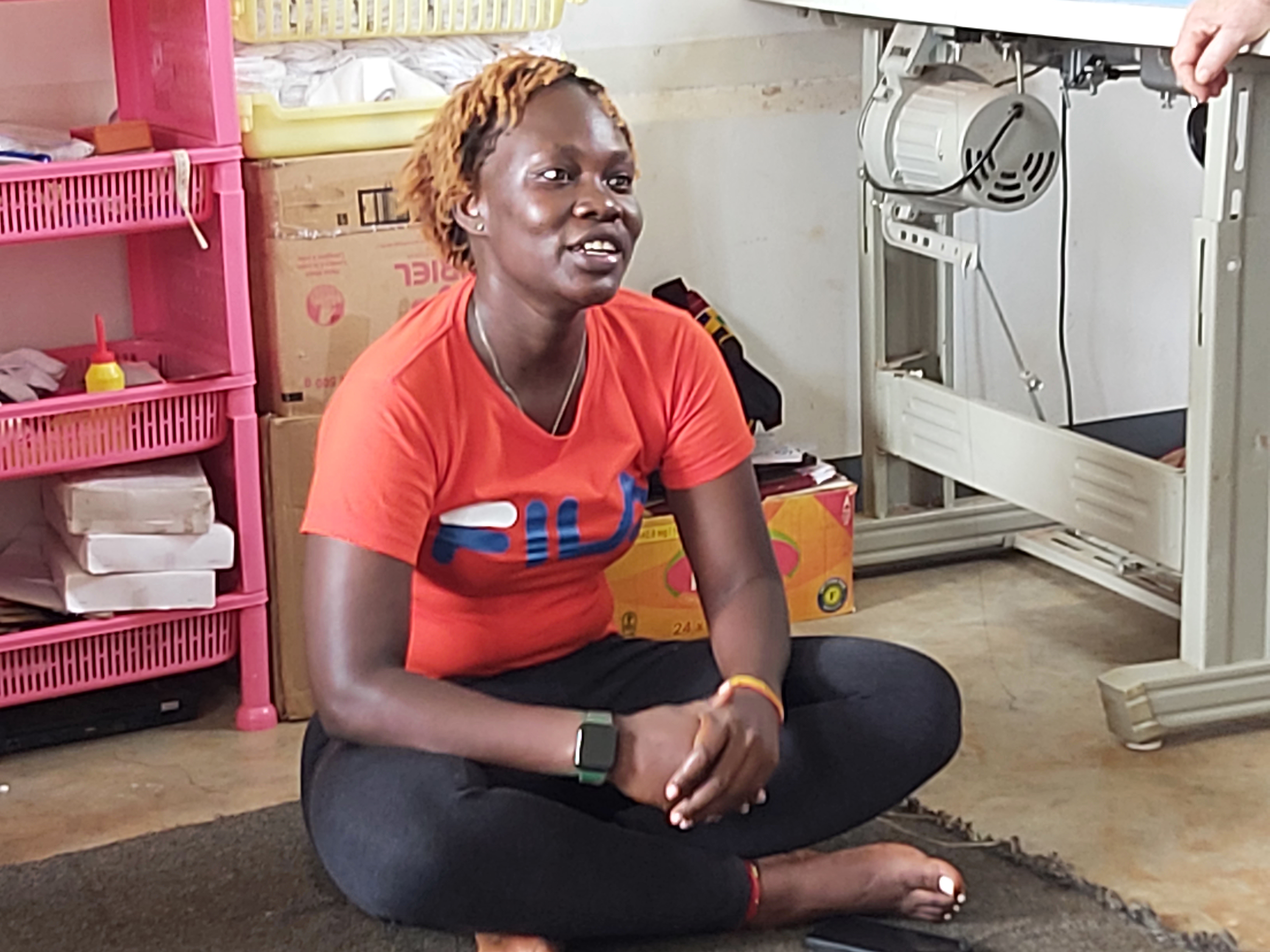 Majo telling us her dream 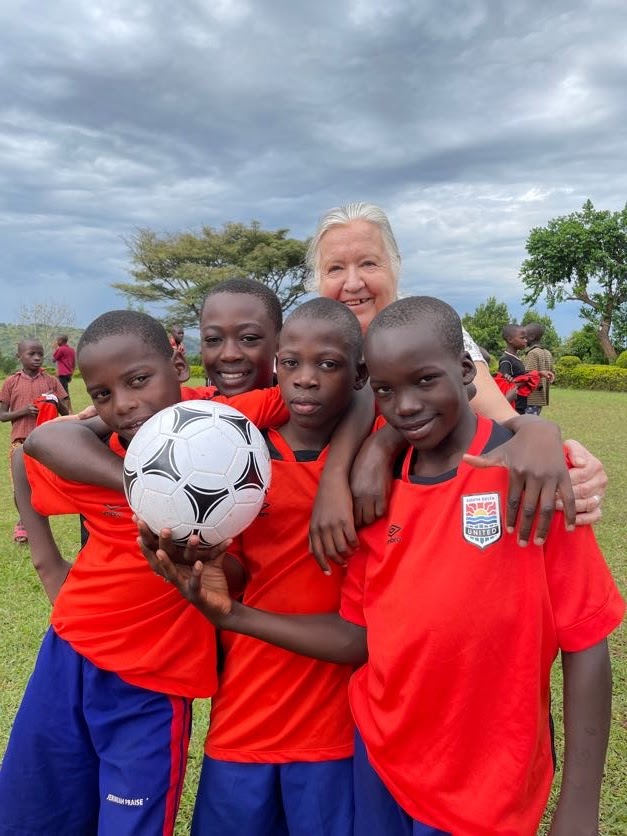 thrilled with their new jerseys 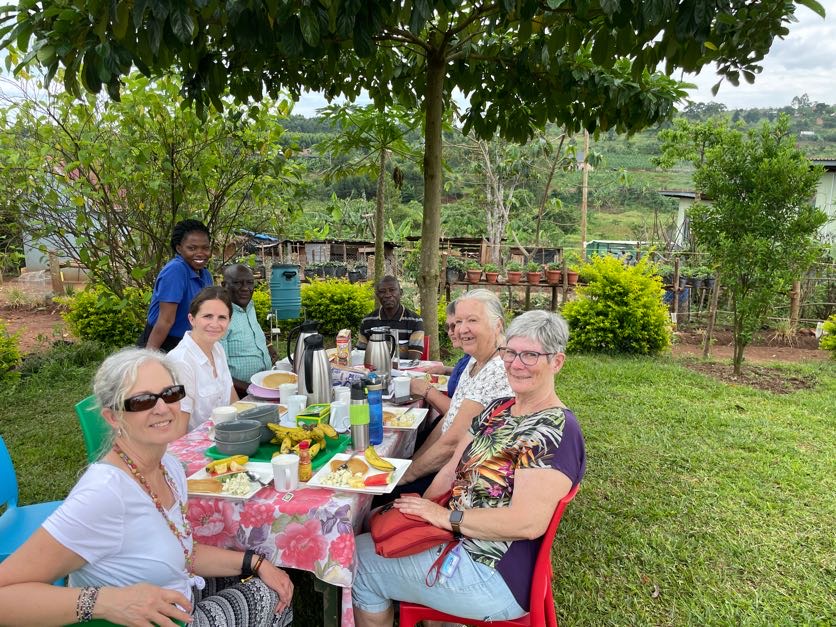 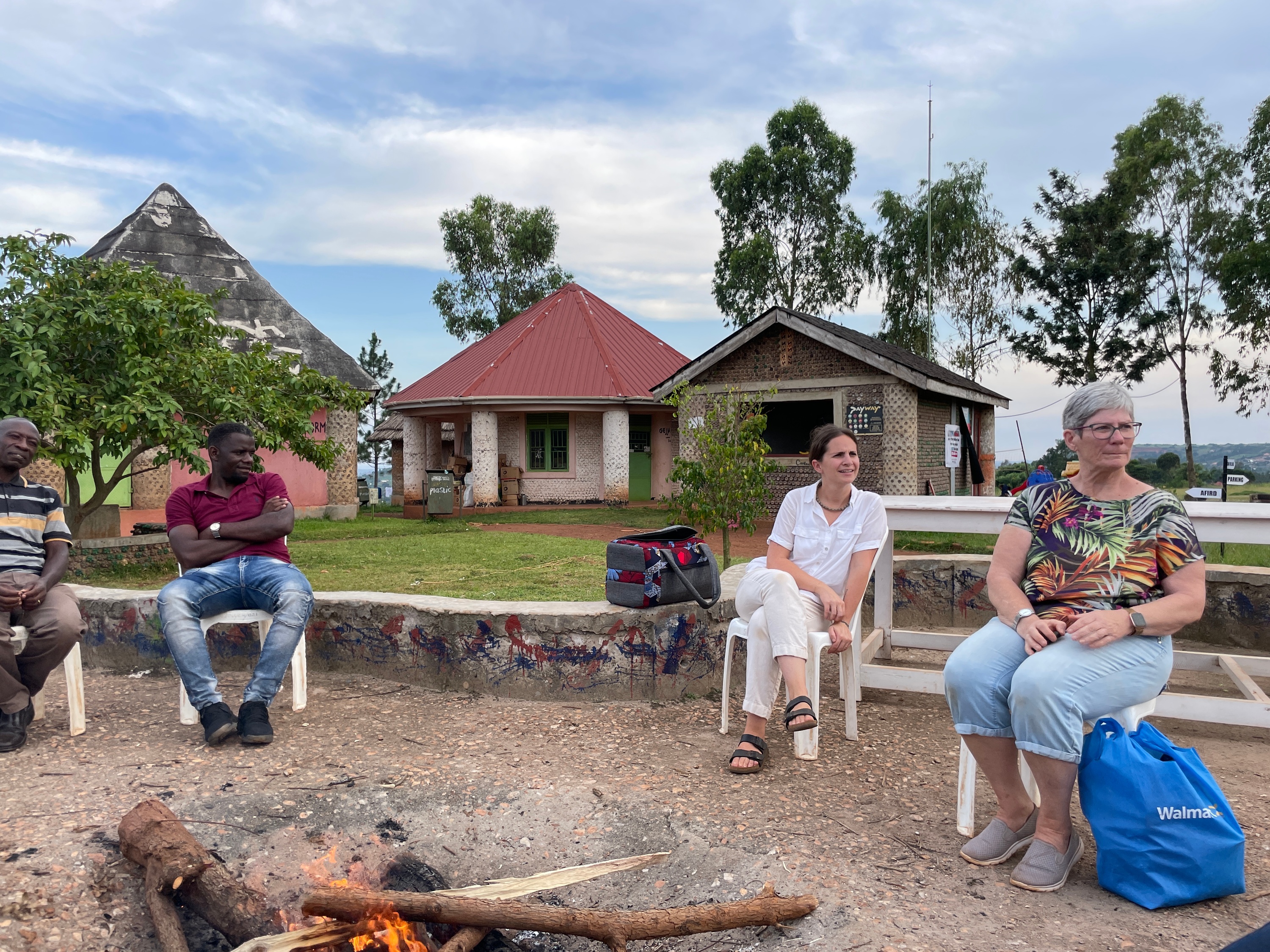 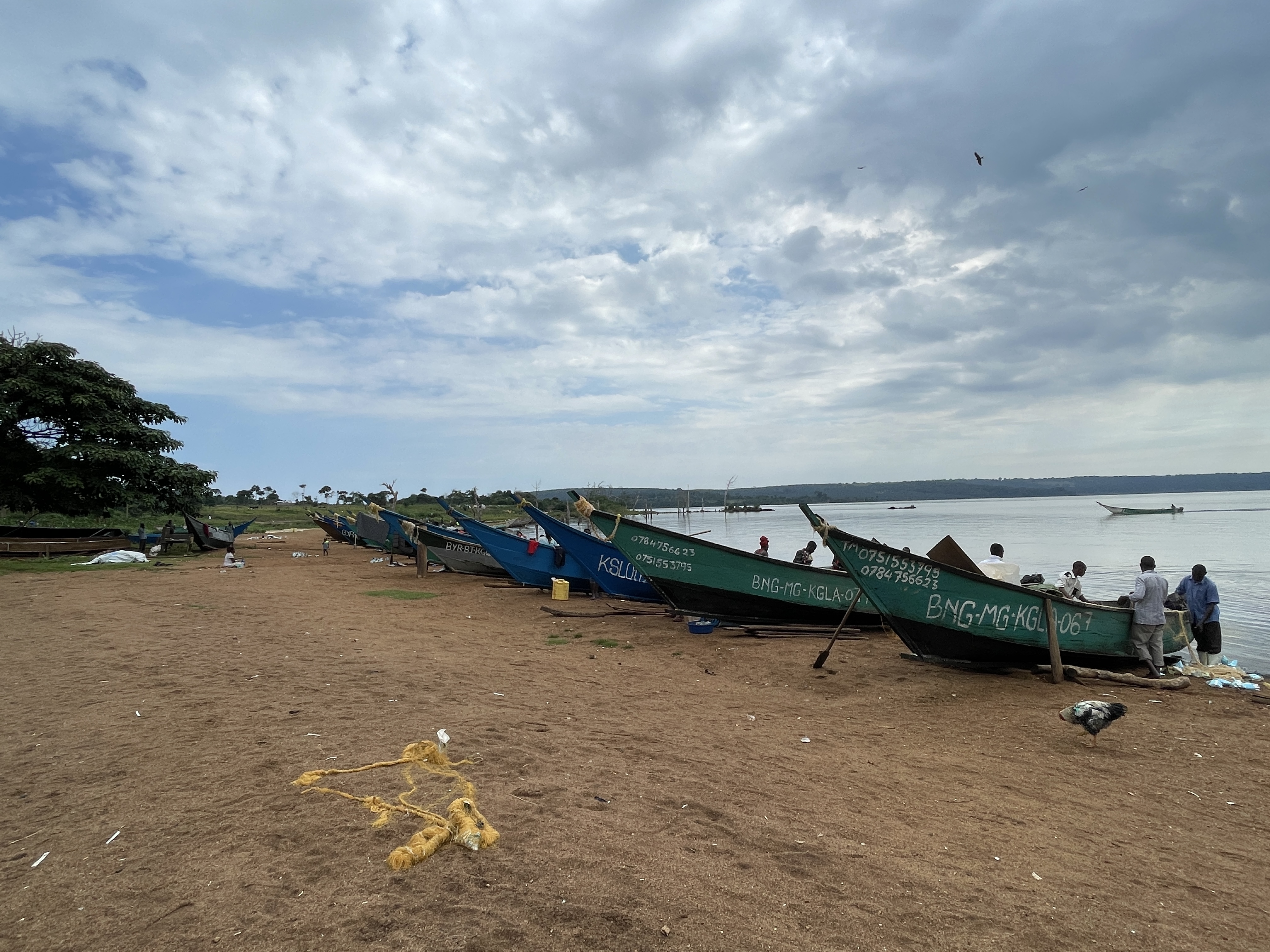 Arrived in the Ssese Islands 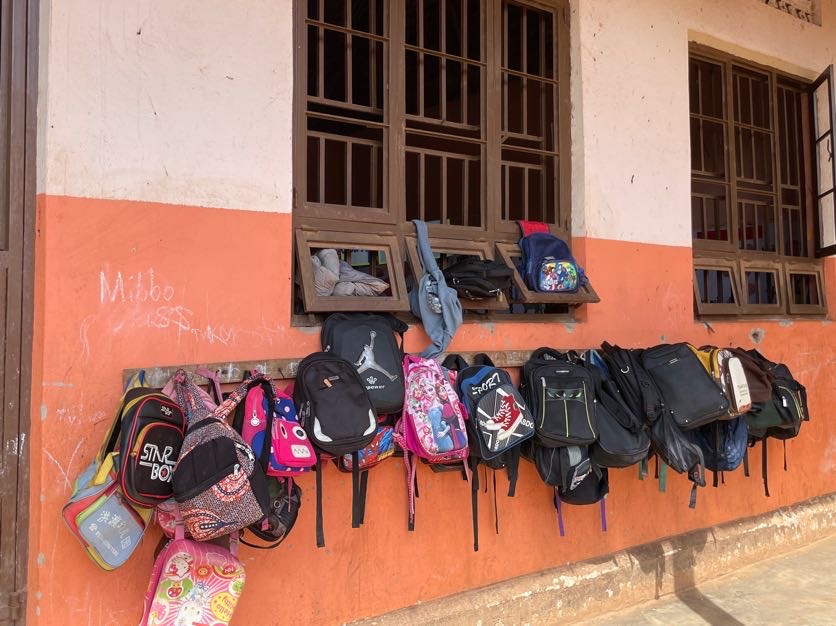